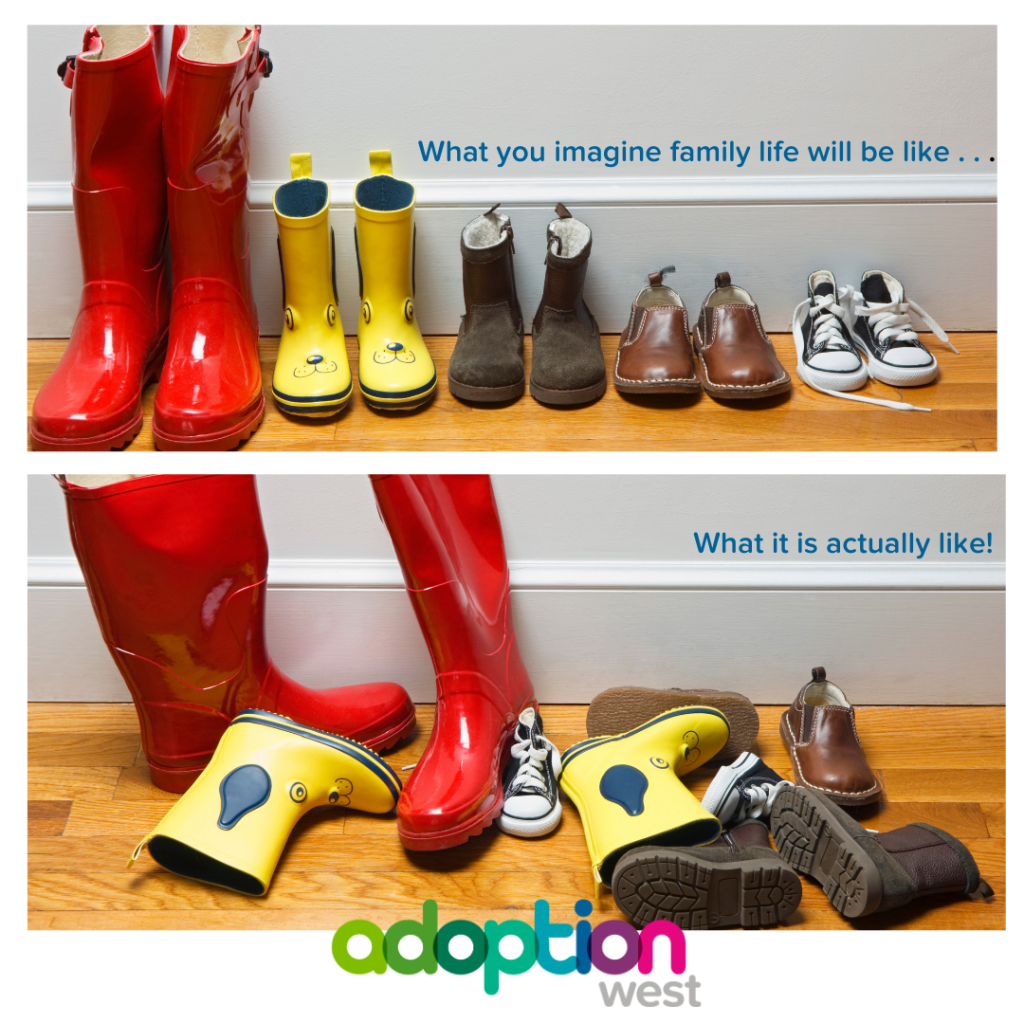 Our adoption Journey… so far.

So, we are a gay couple who adopted our three wonderful children when they were all aged under four. Life literally changed completely the night the three of them moved in, and nothing has been the same since.  Life is louder, busier, messier, more expensive and 100% more wonderful. We have had no regrets or doubts.

We began our journey always wanting to adopt siblings. We always thought two would be a great number for us as we had two spare bedrooms, so our children’s genders were never going to be a factor. We had also been approved to adopt without specific parameters so we didn’t have the restriction of a specific age range or number of children. This gave us the flexibility we needed and wanted to stretch ourselves and to really consider the sort of parents we could be and the children we might parent. Having always thought two children… one dark and rainy evening after a particularly difficult day at work we saw our children’s profiles. Our hearts literally raced. We had been Family Finding for almost a year and a half and were close to giving up, but we both knew that these three little ones could and should become our children. If we were not the right parents for them, then we would change our life plans and try to reconcile not being parents. That would have been a very bitter pill to swallow.

We immediately contacted the children’s family finding team via Link Maker, writing out a detailed and heartfelt message listing all the reasons we felt we really could be the right adoptive parents to these little people.

After what felt like forever, but was in fact only a few weeks, we were ‘shortlisted’ which meant as far as we knew, at least one other couple were being considered, in truth, it was probably many more. We knew it would be couples as the family finder was clear they would only consider couples for three children, but obviously we knew no more.

After being shortlisted and reading the children’s Child Permanence Reports (CPR’s) we asked for a meeting with who we felt were the most important people at that point – the children’s social worker and their family finder. It felt like our life was literally in their hands. We drove over three hours to meet them as we felt so passionately these were our children, we wanted to do everything in our power to convince the decision makers they should choose us!

It was enough to persuade them to move us to the next stage and come and visit our home….

After a nerve-wracking home visit from no less than three social workers (we got out the best cutlery and made fresh bread for lunch!) we finally got to see a video of our little people… but they didn’t tell us we’d been ‘selected’ until after we’d watched! Many tears followed that announcement!

We then had a period of time waiting, which we spent clearing our house, decorating, attending every adoption related course possible and saving every penny we could (apart from a last-minute holiday of a lifetime; our last as a child free couple)!

Finally, we heard news that we could go to panel, which was followed by lots more meetings; social workers, doctors, legal advisers, and foster parents… until the day finally came when we could meet our tiny folk. At this stage whilst we had been chosen, panel had accepted us and we had committed to become our children’s parents, we still hadn’t seen our children face to face! Whilst this is by far the strangest part, we knew it made sense, to protect our children during the process.

From the moment we walked into the foster carers living room where three giggling children were hiding behind a chair we were in love. What followed was a whirlwind week or so, much of which we now can’t remember in detail. We wish we’d had the energy to write a diary. We stayed in an apartment locally (ish) to the foster carers house where we visited daily, one day at breakfast time, one day for lunch and so on. One day we took the kids to the local park, working towards the end of the time when we took them out for the day to a local city farm. Totally the best day, apart from attempting to change nappies for two out of three of our team in 3°C with no baby change facilities! What a learning curve! Poor kids! *

We were totally and utterly exhausted after ‘Introductions’. Emotionally and physically. A good test of what would come as a parent that’s for sure.

At the end of the ‘introductions period’ we drove home, leaving the children to their final night at the foster carers house. That was the worst feeling. We then had a crazy 24 hours where we cleaned and tidied (totally pointless exercise by the way – the kids trashed everything within minutes!) and put our children’s clothes and toys and books from the foster carers into their new bedrooms at ours. I think we slept about two hours that night!

Lunch time the next day the noise and madness really hit home. Three tiny but very loud and thankfully excited and happy children arrived.  We had two days with them and their foster carers before we finally closed the front door and the children had ‘arrived’. We sat and looked at each other on night one and could not stop grinning. How was it possible three tiny people were asleep upstairs in the rooms we had spent so long painting and filling with books, toy, cots and beds.. all ‘just in case’. Now, finally they were there. Asleep. Our children.

What followed was many months of social work visits and getting to know each other. We needed to settle our oldest in to school, but not until we had all stayed at home together for six weeks. We didn’t want our oldest to feel pushed out.  What a leap school was. Zero children to within weeks doing the school run!

We are now almost five years in. There are bumps, we have struggles and the lack of sleep in the first year or two almost broke us. There are hours or days that are tougher than others. Days where everything feels a huge challenge, but then one of them will sneak in for a cuddle or draw a heart as a small gift for one of us or lay the table unasked. It’s hard, but we know it’s important to try to focus on those tiny moments of connection during the harder times. We try to focus on the emotion and the trigger not the behaviour… which is not always easy!

So, we now have three children in a local mainstream school. They are kind, considerate, mostly polite and really well liked. We do all the things a ‘normal’ family do. We play, cook, holiday, argue, cuddle, and share. Unlike most non-adoptive families I guess, we also spend a lot of time doing life story work and working closely with the school on how best to support our children emotionally, socially, and academically. Many a book or classroom activity has triggered big reactions in our small ones. Having the school on board and building relationships with teachers, the leadership team and other parents has been essential for us.

Not once have we found being a rainbow family an ‘issue’. We have been lucky.  The only time it comes up is when the school periodically celebrate ‘difference’ and our eldest points out that they feel they are ‘all the differences’.

Our children are totally incredible, and we do not regret adopting our three totally bonkers, loud and unique little people. Not for a second!

*the length of time spent in introductions and the plan for introductions, varies on a case by case basis and is very much led by the needs of the child 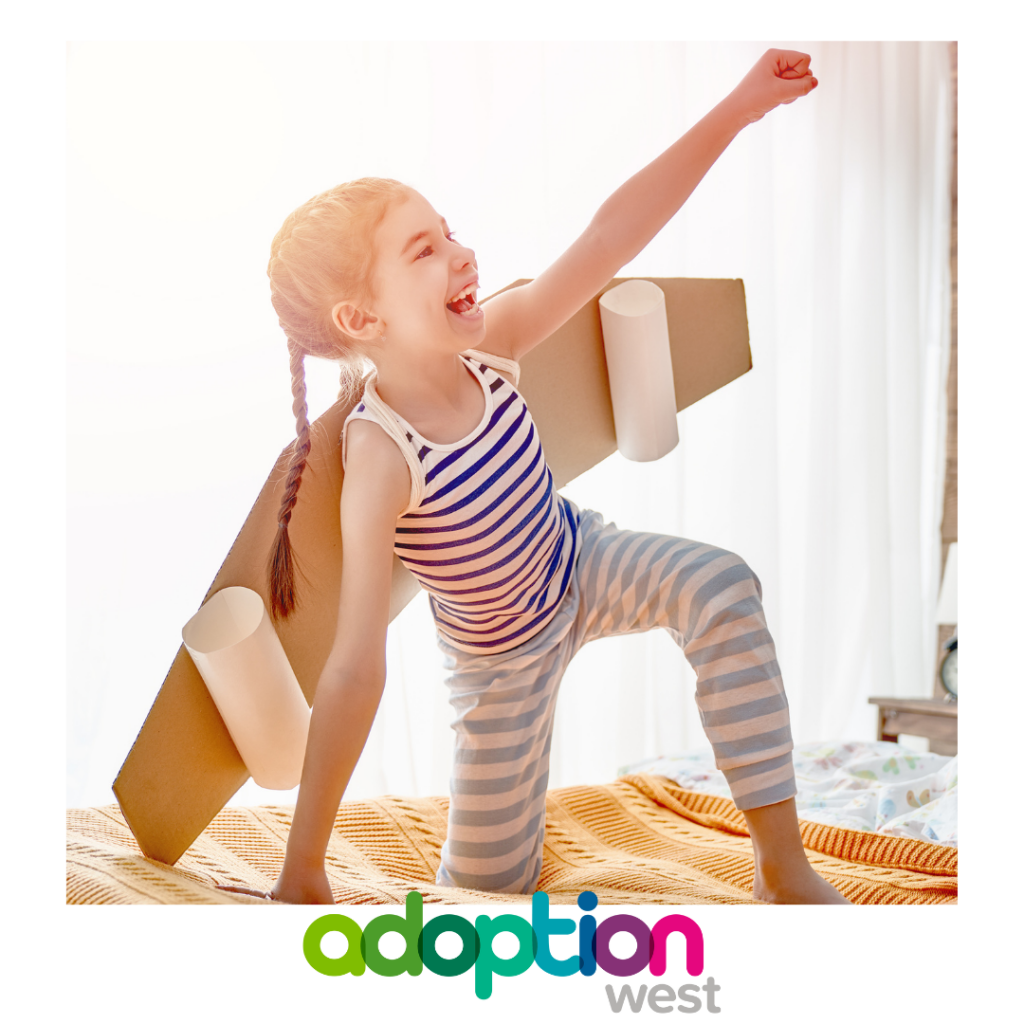 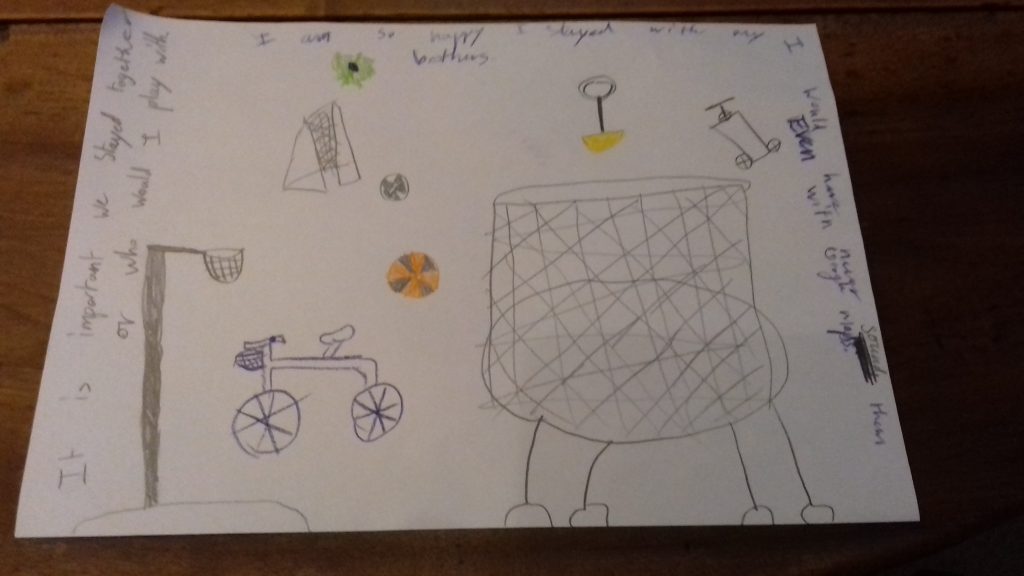