The profiles below are  representative of  the type of children currently awaiting their forever homes.

These are not real children and all images are stock photos.

Enzo loves the outdoors riding his bike or sitting on his go-cart. He will often walk the carers’ dog in the woods and loves going to the park for a kick about with a football. Enzo’s favourite food is chicken nuggets and chips; he likes most other foods but will take longer to eat other meals and shows some wariness of trying new foods.

If he is in the house, Enzo enjoys doing jigsaws and playing with his train set. He does watch TV; ‘Blaze and The Monster Machines’ is his current favourite show.

Enzo has a very positive relationship with his carer’s young grandchild. Enzo is settling into school well; he’s just started in reception and is loving the opportunity too play with new friends. He is a very sociable child and loves spending time with other children.

Enzo has experienced neglectful and inconsistent parenting. As a very young baby, Enzo was admitted to hospital following a non-accidental injury; his mother was later prosecuted. It is reported Enzo has a positive relationship with his father, but his father was unable to meet his needs.

Enzo is demonstrating some delay in his developmental skills, particularly speech and language skills which may reflect his early experiences and a lack of opportunities due to neglect in the care of birth parents. It is unknown at this time, how this will affect Enzo in later years.

Enzo’s development and emotional/behavioural well-being will need close monitoring and he will benefit from a consistent, nurturing environment with emotionally available caregivers who can identify and support his needs appropriately. It should also be noted that we will be looking for a family that can promote Enzo’s cultural identity; as a child of Black African parents.

Children that have been adopted often require specialist additional support at some point in their lives, at Adoption West we are committed to supporting the children we place and the children that live within the local authorities we represent, you can find out more about this support offer here.

Maiya is a bright, playful and engaging little girl. She presents as being naturally happy and giggly. Maiya is full of energy, very inquisitive and she enjoys exploring her environment.  Maiya loves to run, especially outside in the garden where she also loves creating ‘delicious’ meals in her mud kitchen. Prior to lock-down, Maiya was attending a local toddler group and had just started Tiny Tots Rugby. Maiya enjoys interacting with other toddlers and is beginning to understand the concept of sharing her toys. Maiya absolutely loves bath time and going swimming; she has no fear of the water and enjoys splashing around.

Maiya was exposed to alcohol use in-utero (initially this was concealed by her parents). A referral was made to Children’s Services during her mother’s pregnancy due to concerns about this, as well as concerns around her birth mother’s mental health. The family moved three times, before Maiya turned two, the first move being from Poland while Maiya’s mother was pregnant.  Maiya has been subjected to inconsistent parenting and was exposed to domestic abuse from an early age. 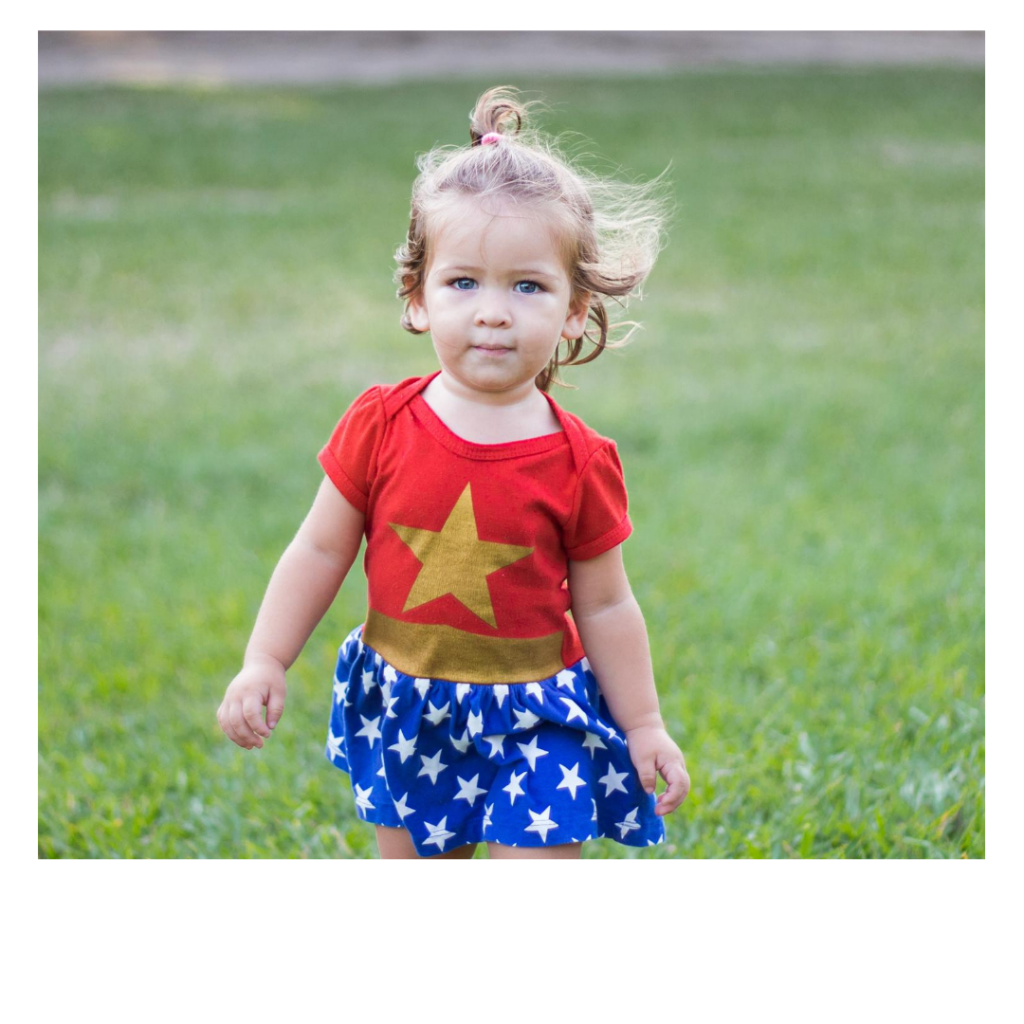 Maiya is generally a healthy young girl who is of expected height and weight for her age and who is eating and sleeping well.  Maiya can communicate well and has recently started to talk in 2-3-word sentences. Maiya has no physical abnormalities as a result of her mother’s alcohol use during pregnancy however; the potential long-term impact on Maiya’s health and development is currently unknown. Maiya is not attending any formal education at present. She is making good developmental progress, which has accelerated in foster care.

We are looking for a family that can promote Maiya’s Polish identity and culture. Maiya’s development and emotional/behavioural well-being will need close monitoring and she will benefit from a consistent, nurturing environment with emotionally available caregivers who can identify and support her needs appropriately.

Jessie is a very, chatty, friendly and independent little girl, who knows her own mind and is not afraid to express herself, especially when she wants her own way. She likes to engage with other children and is very caring towards her younger sibling Alex, she has always lived with him and clearly identifies with him as her brother.

At bedtime she enjoys story time and enjoys ‘reading’ books to herself and looking at the pictures. Jessie has recently discovered the wonders of Disney Princesses and is particularly keen on the film Brave and dressing-up as Rapunzel.

Alex can be initially cautious when meeting new adults and presents as shy and quiet. Alex appears at these times to seek reassurance from his older sister Jessie, who will speak on his behalf at times if he is feeling shy. Alex is a friendly child who likes to engage with other children and demonstrates an ability to play with, as well as alongside, however at two years old he also has clear ideas about what and who he wants to play with.  Alex can follow adults’ simple instructions at nursery and can play within a large group as well as on his own for short periods of time. 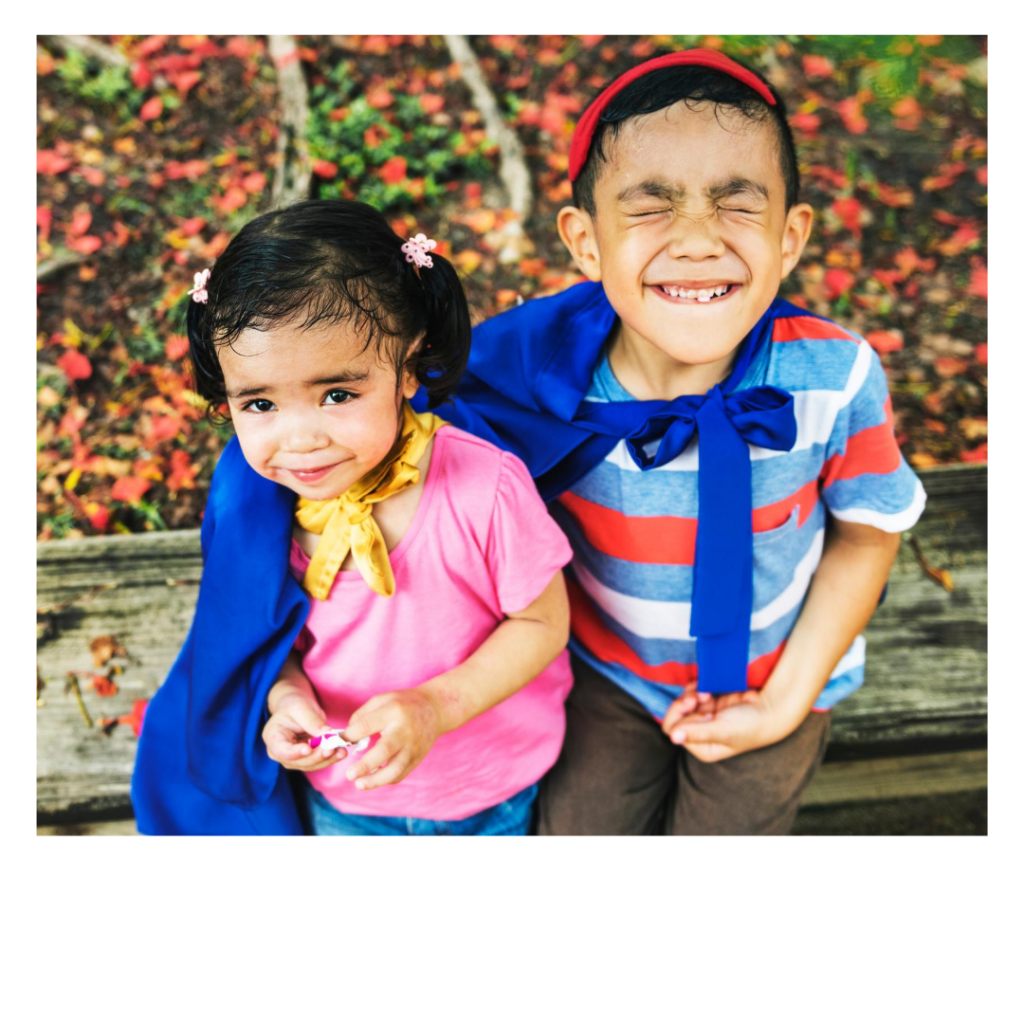 Jessie and Alex lived in a chaotic and unhealthy home where their basic, emotional and developmental needs were not being appropriately met. There were no routines and the older siblings were relied upon to address the younger children’s basic needs, this is also evidenced in the way Jessie sometimes ‘mothers’ Alex.  Alex and Jessie experienced emotional harm through the impact of severe neglect.

Jessie and Alex have two older siblings who remain in foster, arrangements will be made for ongoing contact with older siblings. Both birth parents are reported as having a Global Intellectual Functioning estimated to be within the “Below Average” range. It is anticipated yearly Letterbox contact will be arranged with birth parents.

Jessie and Alex have a good level of general health, there are no concerns in this area. They are both reported to have good appetites and show willingness to try new foods. Alex’s language acquisition, fine and gross motor skills do show some areas of delay, this will continue to be monitored, he has been seen to make good progress since entering foster care.

Callum has made huge progress since being in care, he presents as polite, playful, observant and active. Callum enjoys imaginative play, especially dressing up as superheroes. Callum’s current favourite TV show is Paw Patrol. Initially Callum was very wary of physical contact, but will now accept hugs from his foster carer, and is starting to initiating them. Callum loves his little brother Kieran but he and Kaitlyn do squabble on occasion and show signs of normal sibling rivalry, although they can play well together.

The foster carer describes Kaitlyn as cheeky, feisty, loving, funny and tactile.  Kaitlyn’s relationship with Callum has greatly improved in recent months although it remains complex. Kaitlyn and Kieran have a good relationship, she particularly enjoys playing schools with herself as the teacher and Kieran as the always enthusiastic pupil. Kaitlyn loves new experiences and exploring, she enjoys dancing as well as looking at books.

Being premature Kieran is still on the small side for his age. The full impact of Kieran’s premature birth is not yet known, but he is meeting milestones according to his chronological age and making good progress. Kieran adores his older siblings and follows them around. He particularly enjoys being outside and messy play. 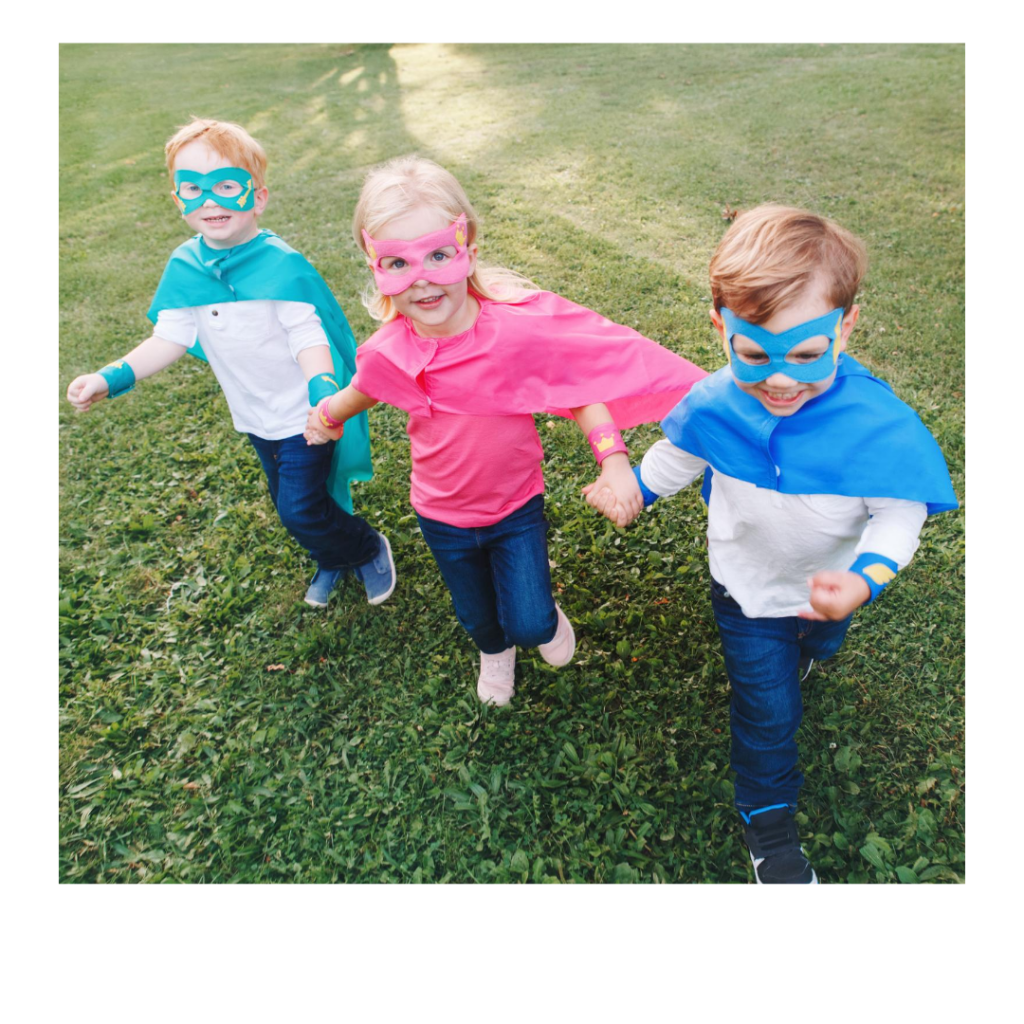 Callum and Kaitlyn witnessed domestic violence with parents being emotionally unavailable, inconsistent and unpredictable in their behaviour. This led to the neglect of the children as parent’s needs were prioritised. The home environment was extremely chaotic with many changes of address and carers. The children were exposed to parent’s poor mental health.

The children will require parents who are willing to gain the skills of therapeutic parenting and support the children to make sense of their past. Adoptive parents will require a solid support network to be able to fully meet the needs of these siblings.

We often speak of the positives for the children of staying with their brother or sister, which is of course central to our work, but sometimes we forget to mention there are also simple wins for the adopters too - like only having to do one assessment!

"Our children are totally incredible, and we do not regret adopting our three totally bonkers, loud and unique little people. Not for a second!"

This is a brilliant piece from adopters of three children; their lives haven't been the same since they first saw the children's profile and it's clear they would not change a thing!

In case you missed it on Monday, we have a brand new blog post on our website from a mum of a brother and sister.

Adopted together, so they can stay together.

This very honest account shares what it it like to adopt brothers, it's honest about the challenges but the love these adopters feel for their sons shines through.

Thinking about adopting, please do get in touch ...

One day, when they need someone, they’ll be there, as my brothers and I have been there for each other.

We need people to come forward to adopt siblings - want to know what this could look like as a single adopter, read our latest blog here: http://ow.ly/qOar50Eeh7b ...

We have a number of blog pieces coming from real adopters, which we hope will encourage people to consider adopting siblings, and help them continue their journey together. ...

Is adoption right for your and your family?
Find out more here; http://ow.ly/qs7E50E4Scn ...

Happy Friday everyone, some self-care tips for the weekend!

At Adoption West we are committed to keeping the welfare and needs of the children we represent at the heart, this isn't just a soundbite for social media, it is reflected in the support we offer adopters at all stages. If you are interested in finding out more please do get in touch.